Evening all, what’s everyone doing tonight? Anyone got the weekend off?…I do! 😛
Right. Im voting for this when I become the chief!
Just wondering if you remember your first ‘result’ and what it was? – AP
This looks pretty. Maybe I can have a one? – AP 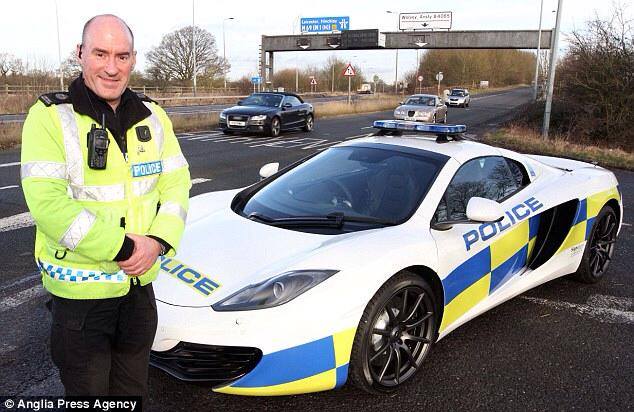 So what do we all think to this one? Are water cannons a good idea or bad idea, as most of our readers are on the “Front line” we would love to know your thoughts on this. A late happy new year from me and be safe out there – Admin DB

Met police want water cannon ready to use in Britain by summer
Theresa May has rejected a request for government funds to buy water cannon, letter to Boris Johnson reveals

Boris Johnson wrote to Theresa May about water cannon this week: ‘I am aware you have declined to make funds available.’ Photograph: Lam Yik Fei/Getty Images

Britain’s biggest police force wants water cannon ready to be used on the streets of mainland Britain by this summer, official letters reveal.

The documents also show that a request for the government to fund the controversial purchase has been rejected by the home secretary, Theresa May.

Public consultations on the deployment of water cannon will begin within weeks and a formal decision made next month.

Water cannon have not previously been available to police on mainland Britain, and their use has been limited to Northern Ireland.

In a letter sent on Monday by Boris Johnson to May, the London mayor explains his reasoning, saying it is a direct result of the 2011 riots that started in London before spreading, becoming the most serious and widespread riots to hit England in decades.

Ultimately the home secretary has final say on the acquisition of water cannon for use in mainland Britain. Critics warn it is a step towards the militarisation of the police and could be used to stifle the democratic right to protest.

In his letter, dated 6 January 2014, Johnson writes: “Following the disorder in August 2011, both the Metropolitan police service and Her Majesty’s Inspectorate of Constabulary stated that there are some circumstances where water cannon may be of use in future.

“Following briefing by the [Met] commissioner I am broadly convinced of the value of having water cannon available to the MPS [Metropolitan police service] for those circumstances where its absence would lead to greater disorder or the use of more extreme force.”

The Met commissioner, Sir Bernard Hogan-Howe, has pledged that water cannon would be “rarely used and rarely seen”, the letter says.

His letter to May, Johnson then discusses funding: “Finally, I am aware that you have declined to make funds available for purchasing the interim water cannon solution as a national asset.

“Subject to the public engagement process … I am happy to make the necessary funds available to the MPS for the most economical interim solution that allows the commissioner to meet his desire to prevent disorder on the streets. I would expect to do this in February, following the [public] engagement.”

The latter adds that there is public support for the deployment of water cannon.

In another letter, written on Tuesday by Stephen Greenhalgh, deputy mayor for policing, says a formal decision to go ahead with water cannon will be made next month.

Greenhalgh wants public consultation to begin within weeks, which will involve public meetings and talks with MPs, councillors and what he describes as “stakeholders”.

The mayor’s office says water cannon would only be used in “the most extreme circumstances”.

The letter says: “In order to ensure that water cannon is available by next summer, something which the commissioner has been calling for, it is important that the process of engagement starts soon.”

The Green party London assembly member Lady Jones said: “Allowing water cannon on the streets of London is a step in the wrong direction towards arming our police like a military force, and it goes against our great tradition of an unarmed police service.

“People have a democratic right to protest and my fear is that once the mayor allows these weapons on to our streets we will see them being used against people exercising their legal right to protest.”

It is believed the Met are in talks with German companies about supplying water cannon in time for this summer.

The Met has approached companies about hiring or buying second-hand water cannon from overseas to have the machines available as soon as possible.

The Met is interested in acquiring around three units.

Rowley’s letter said the use of water cannon would require authorisation by an officer of the rank of commander.

The home secretary has already signalled her sympathy for the controversial tactic.

Some within the Met have privately told the Guardian they are sceptical about the need and effectiveness of water cannon on London’s streets. They say streets here are much narrower than in Europe, where water cannon are already in use, thus making them less effective and potentially vulnerable to capture. They also say water cannon fire jets that could prove indiscriminate and strike innocent members of a crowd. 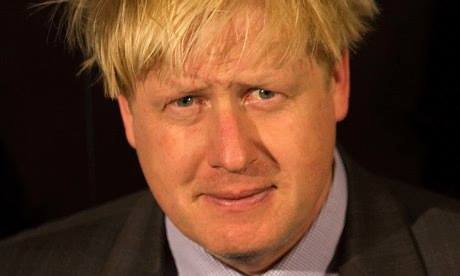 Terrifying moment 102mph police chase ends when a father crashes his car with three children inside
www.dailymail.co.uk
Jason Thomas was chased weaving through traffic on the M5 near Worcester after police suspected he was carrying drugs. Dramatic footage shows him fleeing the car abandoning his three children inside.
Hurrah!

Compulsory redundancy rejected at recent meetings, no news feed or webpage yet, however all it needs is our favourite hone secretary just to say she agrees.

Because she loves us remember?

What the actual [email protected]#&*¥

A pitbull owner who was jailed after his dog mauled five police officers saw his name cleared on appeal after judges heard it was the police who let the dog out in the first place.

Doberman-pitbull cross Poison was shot dead outside Symieon Robinson-Pierre’s home after the dog savaged officers who had broken down the door to execute a search warrant.

Mr Robinson-Pierre, 26, was jailed for 22 months at Inner London Crown Court in January after he was convicted of three counts of owning a dog dangerously out of control in a public place.

But judges at the Court of Appeal said the way the crown court judge directed the jury effectively prevented Mr Robinson-Pierre, of Stratford, from having a fair trial.

The judge had not told the jury to consider whether Mr Robinson-Pierre had done anything – or failed to do something – which resulted in the dog being out in public, said Lord Justice Pitchford.

“It was common ground at trial that the dog escaped from confinement in a private dwelling by reason of the deliberate act of a third party,” said the judge, who heard the appeal with Mrs Justice Nicola Davies and Judge Peter Collier QC.

The court heard how the attack took place in March 2012 when officers forced their way into Mr Robinson-Pierre’s home.

The four-and-a-half stone dog clamped its jaws on one officer’s thigh inside the house. One police officer hit the animal on the head with a metal battering ram, but to no effect.

The dog then bit three constables in the street before being shot four times in the head by a police marksman.

The scene was later compared to the “the sickbay after the Battle of Trafalgar” by prosecutors, leaving three officers in need of surgery and one scarred for life.

But appeal barrister, Craig Harris, argued that the trial judge erred in telling the jury all the prosecution needed to prove was that the dog acted dangerously in a public place, regardless of the owner’s actions or failures to act.

The judge had simply told the jury to decide whether Mr Robinson-Pierre was the owner, whether Poison was dangerously out of control, whether he caused injury and whether it happened in public.

If that was the right way to approach the trial, then a blameless dog owner could be convicted of a crime if their animal bit someone in a street having escaped by a door left open by burglars, he said.

Giving his ruling, Lord Justice Pitchford said the dog had not been on a leash but was safely secured in a locked house and was only able to escape and attack when police broke down the door.

“It is our view that these facts raised for decision by the jury the issue whether Mr Robinson-Pierre had done or omitted to do anything that contributed to the dog being dangerously out of control in a public place,” he said.

“By his directions to the jury, the learned judge effectively withdrew the issue from their consideration.”

The convictions were quashed, but Mr Robinson-Pierre had already served his sentence.

He had pleaded guilty to being in possession of a prohibited dog.

Happy new years to all you heros. CB
This website uses cookies to improve your experience. We'll assume you're ok with this if you continue to use the site.Accept
Cookies