From all of us at UKCH and UKCM 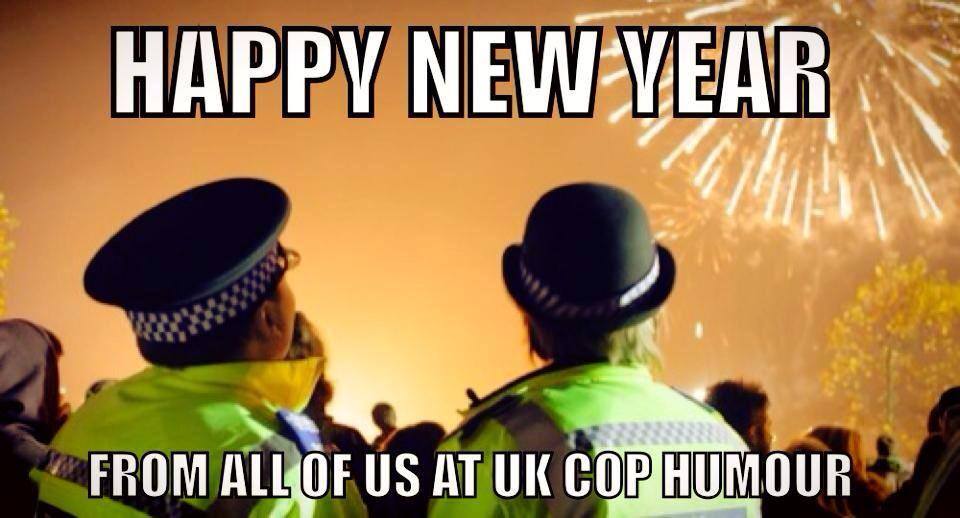 Create a new offence to protect Police Dogs from criminal acts & violence – e-petitions
epetitions.direct.gov.uk
There are no laws in place to specifically protect against attacks on Police Dogs & we are seeking to extend the cover a Police Officer receives in law.
Guys and girls, hope you have had a good xmas. Check out the Dont ditch the dogs page if you would.
Sent in from a fan:

On Saturday me, PC Nicola Hughes dad and 8 others stood outside Oldham football club with buckets collecting for her memorial fund we raised £529 in 1hr 30mins off the general public. The money is to be split between victim support, the police benevolent fund and Care of police survivors. I was amazed and overwhelmed that normal people would give so much for police charities. So just thought I’d let you know as it shows that people do care!!

Boys and girls, remember, not everyone is as nice as you. Looking for some posts on Xmas day to keep me going!

Don’t forget to keep doors locked and a light on if you’re not at home and keep all gifts out if sight.

Have a wonderful Christmas! – AP

So who worked last night?

1 – How quickly did you fill custody up?

2 – How many drunks did you find passed out in bushes or at the bus stop?

3 – Are you working Christmas Day, New Years Eve or are you lucky enough to get both off?

A huge shout out to all Police and the Emergency services that attended last night’s major incident and to those who are still working today at the theater collapse in London. Everyday you are hero’s! Be safe out there – Admin DB

(From Sky News) Apollo Theatre Collapse: Investigation Launched
Investigators are trying to find out why part of a ceiling collapsed at a London theatre, injuring 76 people below.

Nearly 80 people were injured, seven seriously, when part of a theatre ceiling collapsed during a packed West End show in London.

Eyewitnesses described “chaos and panic” as chunks of plaster and masonry crashed on to people seated in the stalls 40 minutes into a performance of The Curious Incident of the Dog in the Night-Time.

They said there was a loud creaking before the cave-in, which left the Apollo Theatre engulfed in thick dust and debris. One witness reported hearing an actor yell “watch out” to the audience.

Structural engineers and a district surveyor from Westminster City Council are due to carry out a structural assessment of the building this morning.
Roof of the Apollo Theatre in London collapses Stretchers carried out some of the more seriously injured

Nimax Theatres, which owns the Apollo, described the collapse as a “shocking and upsetting incident”, and said its thoughts were “with the audience and staff”.

London Ambulance Service said it treated 76 patients, of whom 58 were taken to four hospitals. Of those, 51 had suffered minor injuries and seven more serious injuries.

Chief Superintendent Paul Rickett, of the Metropolitan Police, said there was “no suggestion at this stage that (the collapse) was as a result of a criminal act”.

There were around 720 people watching the show when disaster struck.
Apollo theater collapse Some people were initially trapped by debris but all have now been freed

Martin Bostock, who was in the lower stalls with his family, received a head injury after he was hit by falling debris.

He told Sky News: “It was just terrifying and awful. I think the front part of the balcony fell down. At first we thought it was part of the show. Then I got hit on the head.

“It was complete chaos in the theatre. We got out with cuts and bruises. I think most people did.”

School worker Hannah George, 29, said: “I heard someone scream and you heard a shriek – then a chunk of the ceiling collapsed.
Apollo Theatre collapse – ceiling The Apollo’s ceiling collapsed on to theatre-goers

“It actually missed the balcony and must have hit people down below in the stalls – you couldn’t see anything down there.

“Very quickly ushers held the doors open. It wasn’t every man for himself, it was very ordered. There were people in front going, ‘You OK?’ and trying to get people out.

The collapse reportedly took place as a reference was made to waves crashing on Brighton rocks, leading some in the audience to believe the noise was part of the show.

Mark Haddon, author of the book which the play is based on, tweeted: “I hope that those who were seriously injured are ok. I’m sorry, too, that so many people went through such a terrifying experience. I’m hugely relieved that no-one has died.”
Apollo theatre collapse Emergency services arrived within minutes, according to one witness

Mark Tait, an actor in the production, tweeted: “Thoughts are with all the audience. Horrific and unbelievable.” 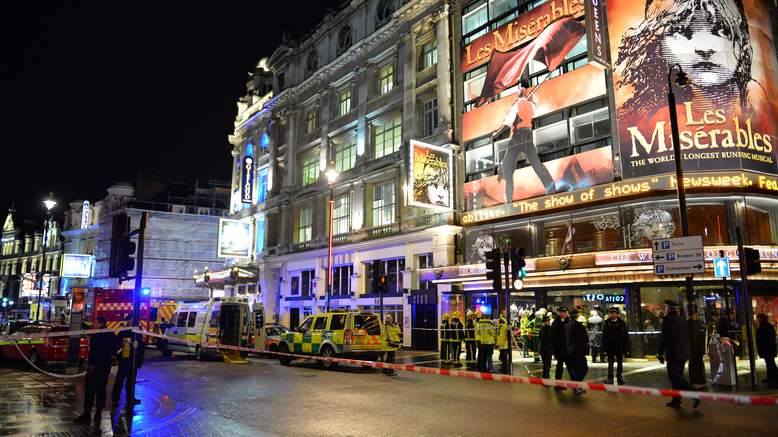 A great campaign from Hampshire Constabulary to slash Drive-driving on our roads this Christmas, Read description and please click the link below to watch different perspectives of a Drink-Drive incident in which 10 year old Evey Staley died at the hands of a drink driver in 2012. The list of videos shows the different people involved in the incident and the reactions to what happened. Very hard hitting and worth taking in at this time of year. Thanks to the fan that sent this to us, and to all…Happy holidays and be safe – Admin DB

Is It Worth The Risk?

Hampshire Constabulary is running a month-long campaign to tackle drink-driving over Christmas.

During December – the month we see the greatest number of drink-drive incidents – our roads policing officers will be out in force across the two counties and the Thames Valley Police area targeting drink and drug-impaired drivers.

This year, Hampshire Constabulary, in partnership with Thames Valley Police, will be pouring more time and resources into drink-drive operations than ever before in a bid to slash alcohol-related driving incidents on our roads.

You can do your bit by remembering this number – 80999 – and text it if you suspect anyone of drink-driving. You could save someone’s life.

For our part, we’ll be running operations day and night, taking every opportunity to breathalyse individuals where possible. We’ll also be using Twitter and Facebook to keep you updated.

Our officers will also be wearing purple ribbons in memory of all the victims who have died as a result of drink-driving. The Spinnaker Tower in Portsmouth will also be lit in purple at times throughout December as a mark of remembrance and to raise awareness of the Is It Worth The Risk? campaign.

Purple was the favorite colour of 10-year-old Evey Staley, who lost her life to a drink-driver in 2012. Click here to read her tragic story and discover the devastating impact Evey’s death has had on her family.

A number of videos highlighting the impact of Evey’s death can be found on this link: http://www.hampshire.police.uk/internet/news-and-appeals/campaigns/is-it-worth-the-risk/ 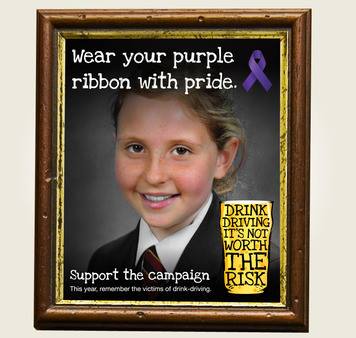 Tom Winsor remains “startled” at how police officers reacted to his pay and conditions reports – and believes much of their anger was based on “misapprehension”.

Appearing before the Home Affairs Select Committee Mr Winsor, who is now HM Chief Inspector of Constabulary, also said he “was surprised at the level of hostility” he received after wearing a ceremonial police uniform at this year’s National Police Memorial Day.

“I knew it would be controversial and misunderstood by some people but I had not anticipated the ferocity,” he said.Mr Winsor reiterated to MPs his belief that 60 per cent of serving officers were in line for a pay rise if all his proposals had been agreed.

Widely reported claims that officers would be around £4,000 worse off thanks to his pay and conditions changes had also been false, he said. And he brought up the police pay protest march in May 2012.Mr Winsor said: “I was startled there were 30,000 police officers on the streets of London protesting against (his proposals) because a very significant proportion of police officers, we estimated 60 per cent of them, were due for a pay rise – even after a progression freeze, higher pension contributions and a two-year pay freeze.

However he told members of the committee that the Police Federation left its members with the view that they “would all be worse off”, though he added he did not know whether they intended to send that message.“That was plainly not correct,” he said. “If you tell people that it’s going to be as bad as that and if they believe it, then they are bound to go out on the streets to protest and morale will suffer.”

“There are inevitable consequences of doing the review but I was surprised that so many people proceeded on the basis of a misapprehension.”During the hearing Conservative MP Michael Ellis congratulated Mr Winsor on his reforms.In response to Mr Winsor’s comments, a Police Federation of England and Wales spokesman said: “The Federation has a responsibility to represent the view of its membership. This includes raising awareness of the impact that reforms to policing could and have had on the service and the public.

“The Federation is one contribution to that detailed and complex debate and we will continue to ensure our membership’s voice is heard.”Mr Winsor was also questioned during the hour long session on 17 December about his decision to wear the ceremonial uniform to National Police Memorial Day in September, which angered many officers.When committee Chairman Keith Vaz asked whether he would wear it again, Mr Winsor said he had not decided yet. 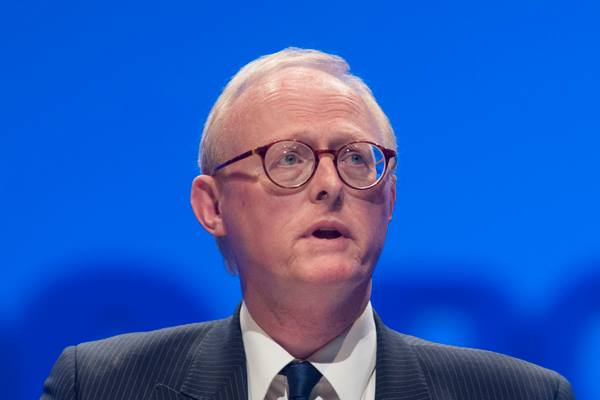