To the fallen officers, their families and the members of public. RIP 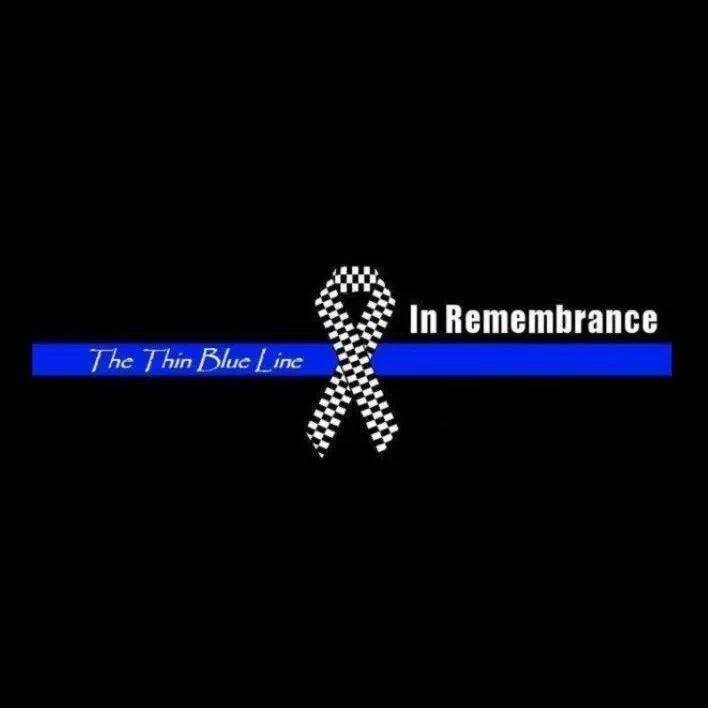 Hope all are ok! 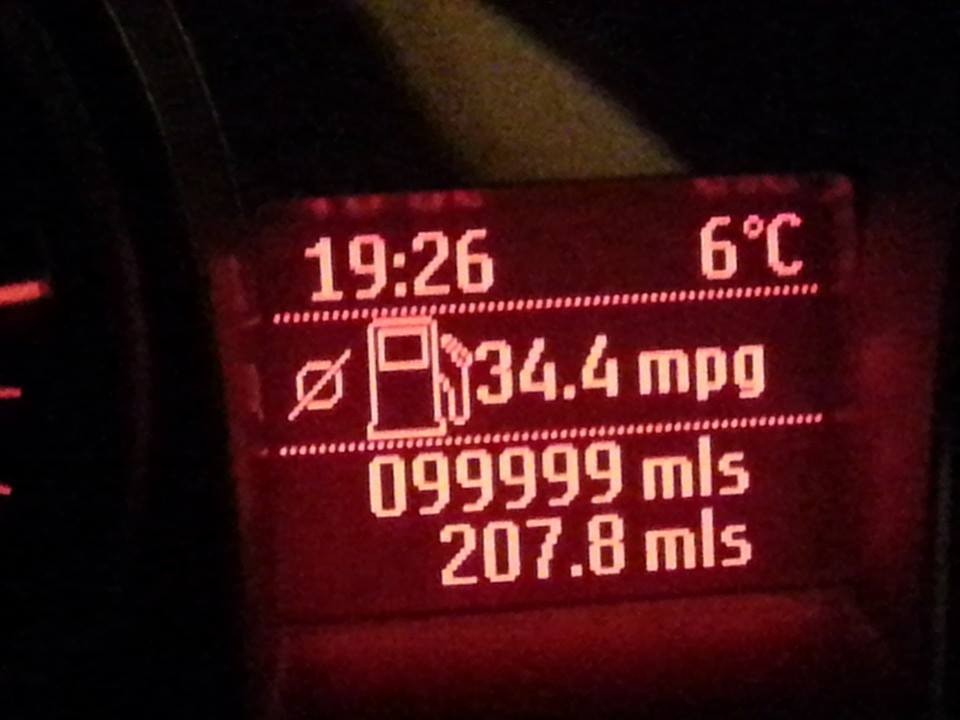 Guys and girls stay tuned for a pre Xmas competition ….
What forces use these? Invaluable Pulsar led lights. Can be run over etc… brilliant for your safety. CB 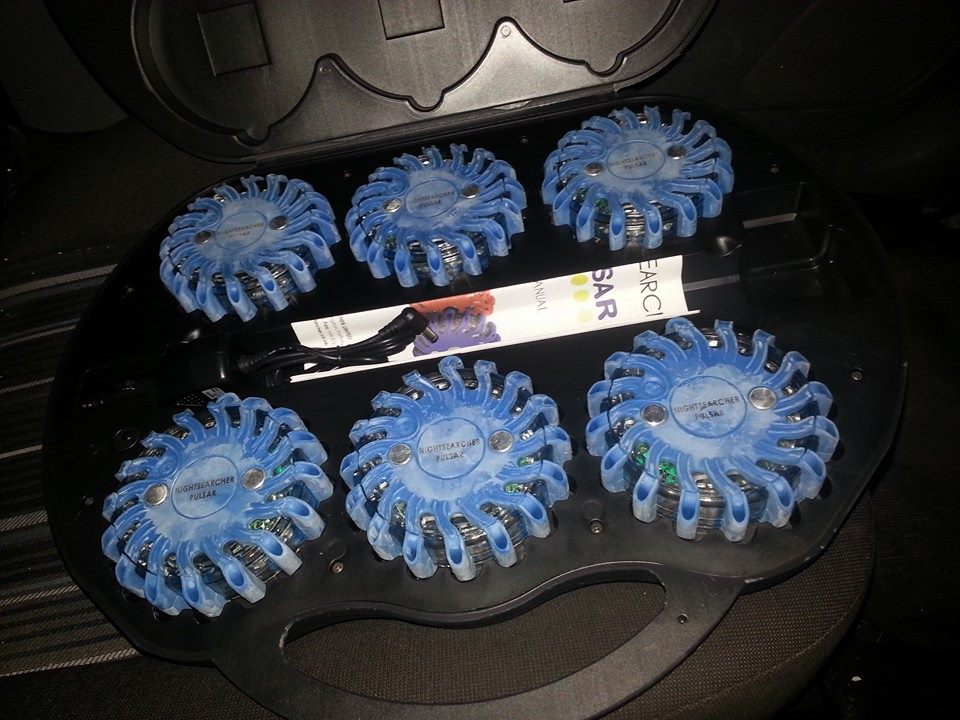 If you’re a fan of this page – PLEASE ‘like’ and ‘share’ this post so that as many people as possible see it. It won’t be making the headlines without us!

[From Your Local Guardian:]

An elderly man who was a victim of a burglary which robbed him of his life savings has been given a helping hand by police officers.

The victim’s son phoned the police on November 5 to report they had been burgled and the suspects had stolen almost £3,000.

Once officers from Croydon police learned of the incident, acting Detective Sergeant Andy Pike appealed to his colleagues to raise money to recoup some of the victim’s losses.

About £750 was raised for the gentleman and DS Pike went round to his house on Thursday to give him and his son the money.

It was also the man’s birthday on November 11 so members of the South Norwood Safer Neighbourhood Team organised a birthday card.

PC Helen Espinosa also baked a birthday cake for him and along with PC Zoe Garrod and PCSO Tracey Isaac paid the man a surprise visit on Remembrance Day.

Detective Sergeant Andy Pike, said: “When we heard about this crime and the fact the victim had lost what amounted to what was his life savings, we felt we had to do something.

“The victim and his son have been great and were visibly touched when we went round with the money today, but it will hopefully make a big difference to their quality of life over the winter and help them to enjoy Christmas as well.”

Detectives continue to investigate the burglary. No arrests have been made at this stage.

Police are also advising residents to beware of bogus or cold callers and advise any elderly residents not to let unexpected callers into their homes. 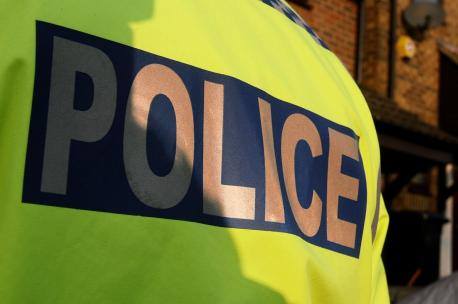 I strap on my boots
I tighten my vestI buckle on a 30 pound belt
I put on my badge
I say bye to my loved ones
I walk out the door with hopes I’ll come back
I pray to God for protection
I leave my own issues and stresses at the door
I check into my squad car
I patrol your neighborhood
I place your security on my shoulders
I go in when there’s an intruder
I stop fights
I stop threats
I stop burglaries and theft
I stop drug abuse
I stop child abuse
I stop rapes, murders, and other issues
I’m your first line of defense
I’ll give my life to protect yours
My safety is constantly in jeopardy
I see only your worst of times
I put on your stress
But You yell at me
You hate me
You don’t agree with me
You call me a pig, a bully, crooked, trigger happy, no good, and useless
You fight me
You spit on me
You try to kill me
You teach your kids I’m a monster that’ll take them away
You judge my every move
You question my decisions
You complain about me
And yet I don’t get offended
With my loved ones suffering my absence
With my pay barely enough to get by
I’m still here for you
I’ll be an ear for you
I’ll still fight for you
I’ll still stand for you
With muscle knots on my back
With sweaty palms
With tears held back
With cuts and bruises
With my life on the line
I’ll still protect you
I maintain the Peace
I protect the Weak

(From the Guardian) Thoughts on this? Have a great Monday all and be safe! – Admin DB

The recent spate of organizational failures and high profile scandals in policing has so damaged public confidence that a major overhaul of its regulators is needed, according to an independent commission led by a former head of Scotland Yard.

The report of the two-year Stevens commission, to be published on Monday recommends abolishing Her Majesty’s Inspectorate of Constabulary and the Independent Police Complaints Commission and replacing them with a single more powerful independent police standards commission.

The new body would enforce police standards, hold forces to account and be responsible for investigating misconduct and complaints and ensure that officers met the new code of police ethics.

The independent commission also wants to see the creation of a “chartered police officer”, accountable to a professional body to improve public confidence. All officers would be publicly registered and those found guilty of serious misconduct struck off from the register.

The commission was set up by the shadow home secretary Yvette Cooper in 2011 and is chaired by Lord Stevens, the crossbench peer and former Metropolitan police commissioner. Its membership includes former heads of MI6, Europol and Interpol, the former counter-terror watchdog, Lord Carlile, policing experts and community and business leaders.

Its final report is expected to call for a major shake-up in the structure of the police, including scrapping police and crime commissioners when they next come up for election. It is expected to say that the “[police and crime commissioners] model is systemically flawed as a method of democratic governance and should be discontinued in its present form”.

The commission adds its voice to concerns that “bobbies on the beat are disappearing”, but says that it is possible to deliver a guaranteed minimum level of neighborhood policing without spending more money. It says that following sharp budget cuts and the loss of 10,000 front line officers, the period of fiscal restraint is likely to continue for the foreseeable future.

Cooper told the Andrew Marr Show on Sunday that the commission had been the most extensive examination of the police service in England and Wales since the royal commission in 1962 and was a “royal commission in all but name”. She said that Labour would consult on its recommendations and publish its general election manifesto policy proposals on policing next year.

The commission says recent experience has “found wanting the existing system which separates the monitoring of organizational performance from the investigation of police complaints”.

It says that a fundamental weakness of the current system is a failure to “learn rapidly from error, mistakes and misconduct cases”. It adds that thousands of recommendations for improvements have been produced by overlapping bodies that have never been implemented and that police forces are unaware of.

It says a new independent police standards commission should be set up to hold police forces to account for the delivery of standards, deal with misconduct cases effectively and efficiently, and ensure all failings were addressed without delay.

The body would also be given the power to impose an improvement plan on forces where key standards fell well below an acceptable standard. 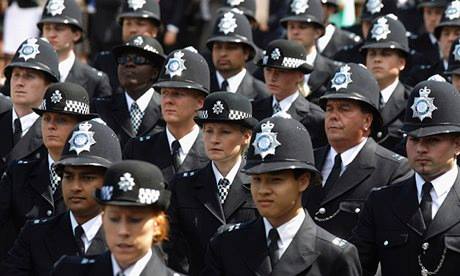 Neighbourhood policing is under threat in England and Wales as police “retreat to a discredited reactive approach”, a report is to say.

The Independent Police Commission will say that every neighbourhood should have a guaranteed level of policing.The commission, which will publish its report on Monday, was set up by Labour in 2011 under former Metropolitan Police Commissioner Lord Stevens. Labour said it would now consult on the report’s recommendations. The commission will say “bobbies on the beat are disappearing and neighbourhood policing must be saved”. It describes the neighbourhood model as the “building block of fair and effective policing”. It will also recommend:Electronic submission of case files to courts and prosecutors
Mobile access to intelligence, including the Police National Computer Cybercrime experts to be recruited directly into police forces
Restrictions on the use of private companies such as G4S and Serco for policing functions

According to the commission, figures from the House of Commons Library show there were 10,000 fewer frontline officers in England and Wales in 2013 than in 2010 – a drop of 8.3%.’Beating a retreat’Lord Stevens, the Met Commissioner who introduced neighbourhood policing into London, said every local area should be given a guaranteed level of neighbourhood policing.

Writing in the Sunday Telegraph, Lord Stevens warned that officers were “beating a retreat from the beat”.”In the course of our two-year independent commission on the future of policing, we have seen that neighbourhood policing is under threat and the police are at risk of retreating into a discredited reactive model,” he wrote.”The commission is clear that neighbourhood policing is the bedrock on which the service must be built.”Lord Stevens also condemned the government’s police reform programme as “confused”, “fragmented” and “unfocused”.

Shadow home secretary Yvette Cooper said Labour had asked Lord Stevens to examine what could be done “without additional resources”.”There is a retreat going on from neighbourhood policing, a retreat from the bobbies on the beat,” she told the BBC’s Andrew Marr programme. She accused her Conservative counterpart Theresa May of seeing policing merely as “crime fighting”.”In fact policing is about prevention of crime, working with communities, respect for law and order and respect for public safety,” she said. PlayShadow Home Secretary Yvette Cooper says modern policing is about community and prevention, not just fighting crime.

The report will call for “a set of national minimum standards of police service which everyone should be entitled to receive” and which police forces “must deliver”. The neighbourhood remains the key building block of fair and effective policing and it is vital that visible, locally responsive policing is protected in times of fiscal constraint,” it will say.

The report will recommend that the law should be changed “to make clear that the purpose of policing is to promote public safety and community wellbeing, thereby preventing crime as well as reacting to crime”. According to the commission, this was achieved in the legislation creating a single national police force for Scotland.

The report will call for stronger links between the police and other organisations, including giving neighbourhoods and councils more say over local police priorities.’Non-political’Labour announced the review at its 2011 party conference, saying it was time for a “serious vision”.Crossbench peer Lord Stevens stressed the commission, which included police figures, academics and judges, would be non-political.

Nick Herbert, then the policing minister, said Labour’s decision to establish an inquiry was “an abdication of any kind of political leadership” and the government had a “coherent package of reforms”. The overall structure of the police service was last examined by a royal commission in 1962. Lord Stevens was the head of the Metropolitan Police between 2000 and 2005. 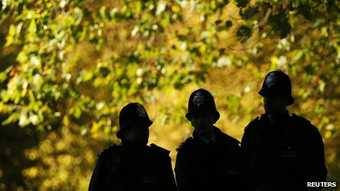 So following on from yesterday’s post, what’s one law / rule that you would bring into play? (Funny or serious!) – AP
This website uses cookies to improve your experience. We'll assume you're ok with this if you continue to use the site.Accept
Cookies