We invite your comments on this. I really can’t f**king believe it. HOW is this acceptable in ANY society? Are we saying that it’s fine to put Police Officers at risk then? Purposefully? I hope the person who signed this off can sleep soundly in their bed at night. What are your thoughts?

[From The Daily Fail: (of all places)]

Pandering to a WPC Killer: Knifeman with a Hatred of Police is ‘Safe to be Freed’… But Only to an Area Where There Aren’t Too Many Officers on the Beat…

A notorious police killer is being released after 15 years – but he must be housed in an area with few police on the streets to protect his mental health.

Magdi Elgizouli, 44, was diagnosed as having a pathological hatred of the police after he knifed a young WPC to death in 1997.

The schizophrenic has now been deemed well enough to be transferred from a secure unit to a community hostel, but psychiatrists still fear his mental state could be adversely affected if he sees police on patrol.

Jobless drifter Elgizouli stabbed WPC Nina Mackay, 25, to death with a seven-and-a-half-inch kitchen knife as she went to arrest him at a flat in Stratford, East London, in October 1997.

Moments before her death, WPC Mackay removed the body armour that could have saved her life because the protective vest was hampering her movement.

At the time, Elgizouli – a frequent user of cannabis – was in breach of bail conditions for assaulting a police officer and possessing an offensive weapon, a knife, 11 days earlier.

He was detained indefinitely after admitting manslaughter on the grounds of diminished responsibility.

Mr Mackay, 68, told the Daily Mail: ‘I can confirm that I have been informed by the relevant authorities of Elgizouli’s impending release. The content of these discussions has to remain confidential.

‘However I think it a matter of great public interest that people are aware that he is back on the streets with freedom of movement.

‘Despite being given assurances about his suitability for release, I have great unease that contact with the police or public could have tragic consequences. My personal view is that his detention should continue.

‘My daughter’s gone and he should have taken the consequences, and not be allowed to resume a normal life when we are living with her loss on a daily basis.

‘I hope that his freedom of movement does not allow him to return to his old practice of taking large quantities of cannabis.’

Mr Mackay, who lives in Essex, added: ‘I was not in a position to object to the decision to release him. All that had to be resolved when I was informed of his release was where his place of residence would be.’

It is understood a Mental Health Review Tribunal hearing paved the way for Elgizouli’s release, on the basis that he is no longer deemed to be a danger to the public and that his psychiatric state can be controlled by him taking regular medication.

He is expected to live in a licensed hostel, where he will be free to come and go as he wishes each day.

A number of Metropolitan Police Federation officials have expressed serious concern about the decision to release the British-born killer, who is of Sudanese descent. Pete Smyth, chairman of the Federation, said: ‘This man should only be released when the authorities are absolutely convinced he is no longer a danger to police and the public. It’s as much about protection as punishment.’

He added: ‘We have always maintained a position that life means life. In this case, being locked up indefinitely should mean exactly that.’

Four years ago, the Mail revealed that police had been warned of the dangers of approaching Elgizouli, after he was given occasional day release from a secure unit.

Elgizouli was granted four hours of leave a week in preparation for his permanent release.

He was also allowed out a further five hours each month to visit his brother.

Mental health chiefs said at the time they believed that Elgizouli’s psychiatric condition had improved significantly, and that they had granted him supervised release to help him reintegrate.

However an urgent message was issued to police under Scotland Yard’s ‘officer alert system’ warning he was a grave threat to officers’ safety and should not be approached.

WPC Mackay’s father was furious about the decision.
In a letter to the Mental Health Review Tribunal in 2008, he said: ‘We owe it to the memory and love we bear our daughter not to see her death disappear as another statistic … while the person responsible resumes his life as if nothing happened.’ 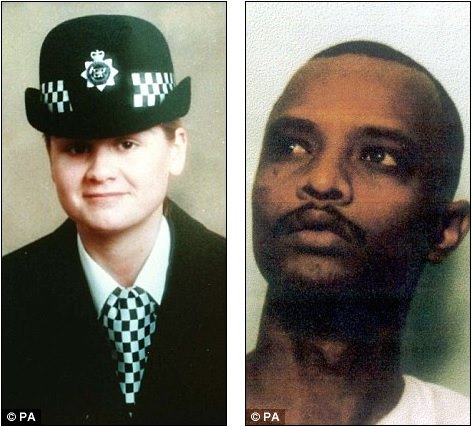 Evening all, just in from work on old Hurricane panic buy day. Thought I would give you some sound advice 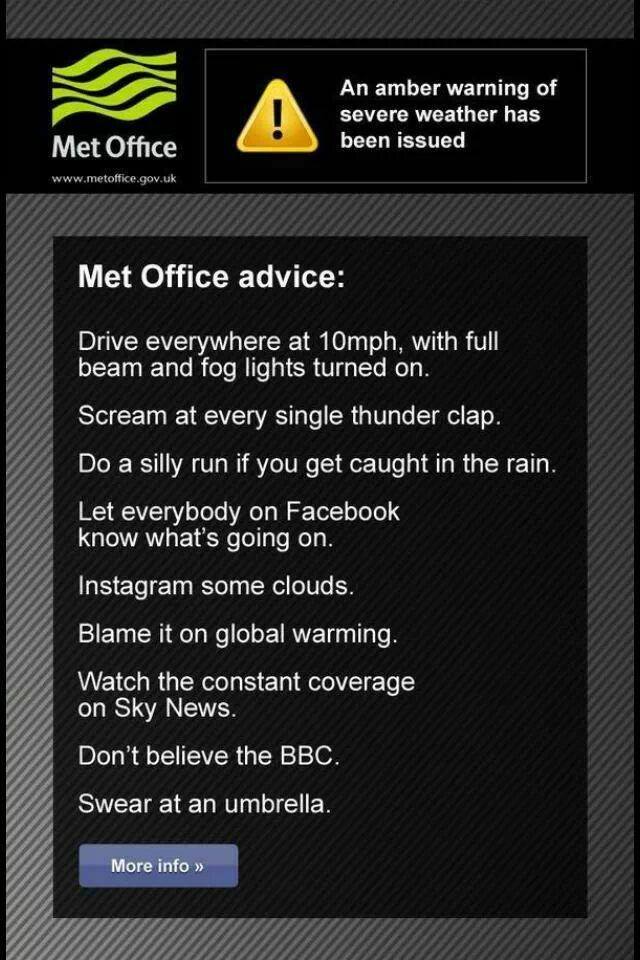 Body worn cameras – your honest views please. CB
Morning all, hope your day is going well so far, time to give your advice to one of our fans – Have a good one and be safe – Admin DB

By some curious alignment of the stars, I’ve managed to land an acting sergeant spot starting soon. I’ve heard the jump from PC to sergeant is the biggest one in the cops, and I’m keen to tap into anyone’s experiences of acting up. Any words of advice to a nervous soon to be supervisor?? Ta!” 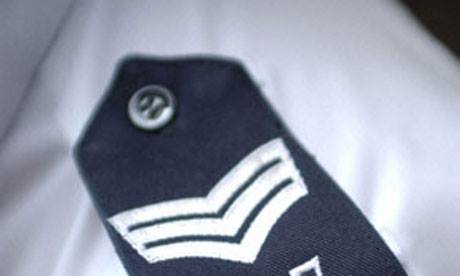 A lot braver than I am! From an awesome Fan of the page, Please read and support and share this great cause for the Police survivors charity – have a great one all and be safe – Admin DB

(From PC Mark Walsh) “I have worked for Hampshire Constabulary for almost 10 years. The last couple of years have been spent working with the youth offending team. In January I was fortunate to be awarded a Winston Churchill Memorial Trust Fellowship. Every year the WCMT award traveling fellowships to British Citizens from all walks of life. They have funded trips for many police officers over the years to go and learn about and experience policing in other countries.

Next week, I will be going on my fellowship to the USA for 6 weeks and will be spending time with the police and court system across the united states. (If your interested in following my journey, I am on twitter – www.twitter.com/HantsPCMark )

On my day off, while in Las Vegas, I intend to jump off the highest observation tower in North America – some 855feet of the Stratosphere. I am looking for sponsorship and support and I am doing this charity jump for the UK care of police survivors charity. I am funding the jump myself so 100% of the sponsorship will go to the charity. This isn’t a sponsored suicide though and by jump I mean, it is currently holds the world record for the highest controlled base jump.

You can sponsor me by visiting http://www.justgiving.com/skyjump4copsuk There is also more information about my motivations and the charity on this link.” 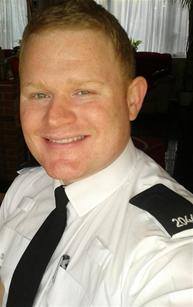 Hi all! AP here, how was your wet weekend? For one ‘fan’ of our page it would appear spamming our newsfeed with how all Police Officers are bad people and should be locked away was the highlight of their day. Please do me a favour and get of the internet you sad little man. Anyway, what are you all up to today? 🙂
This made me chuckle and I know its old but…. feel free to share newer if they beat these

A man who dialled 999 because his Chinese takeaway order arrived late has topped a list of the most ridiculous time-wasting calls received by police in 2009.

Emergency services have received thousands of non-essential or hoax calls over the last 12 months while urgent callers wait in line.Devon and Cornwall police has now released a list of the worst offenders’ calls which have clogged up the system during 2009.

Another dialled the emergency number when she woke up in a panic because her duvet was covering her head.

A further woman called 999 because there had been a power cut in her home and she was concerned that her Sara Lee gateau would defrost in her freezer.

A police spokesman warned that reckless or irresponsible use of the emergency 999 telephone number could have fatal consequences. He said: ”We would urge people to think carefully before calling 999 – the number is there for a reason; if life is at risk or offenders are nearby then the 999 number should be used.”

Top ten time wasting 999 calls to Devon and Cornwall police in 2009:
1. ”The Chinese takeaway I ordered is 45 minutes late. I want you to prosecute the takeaway for ripping me off.”
2. ”My power has gone off. Will my Sarah Lee gateau defrost in the freezer if I keep the door shut and how long would it take?”
3. ”Can one of your officers come around to my house to tell my sons to calm down?”
4. One night during the summer 15 999 calls were made all reporting UFOs in the sky over Cornwall. It turned out the spectacle was lights and lasers from a concert at the Eden Project.
5. ”I can see a really rare bird sitting on top of a telegraph pole – who shall I ring?”
6. ”I bought a pair of jeans at a shop last week and took them back but the shop won’t give me a refund.”
7. ”There’s been a pigeon in my back garden for the past three days – it’s got a tag on.”
8. ”I have lost my shoplifting ticket I was given when I was arrested last week.”
9. ”Can you put me in touch with whoever deals with noise pollution as there is a builder using an angle grinder outside?”
10. A woman dialled 999 after waking up with her duvet covering her head and panicking. 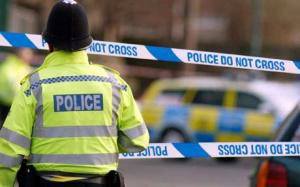 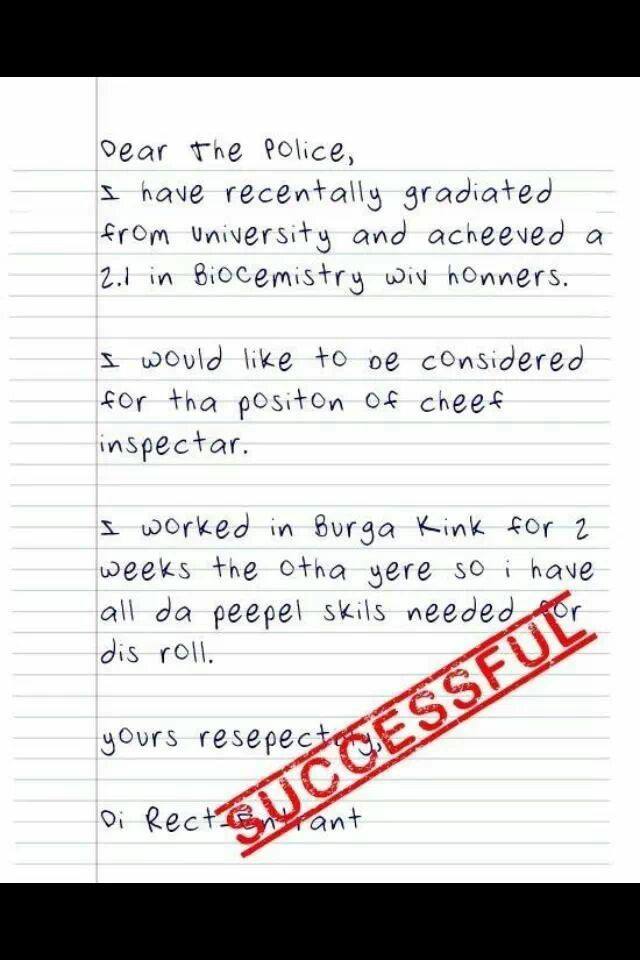 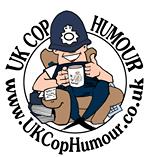 The UK Cop Humour Website | Funny Police Pictures, Stories, Jokes
www.ukcophumour.co.uk
Here at UK Cop Humour you’ll find Funny Police Pictures, Stories and Jokes from the UK and around the Internet.
“A very classy arrest”, Take a look at this very funny arrest of Charles Doza back in the 80’s. What has been your favorite quotes while arresting someone? Have a good one all and be safe – Admin DB

Info: Charles Doza was a famous Chess champion and had a habit of going into very expensive restaurants and not paying for his food, hence the arrest you see in this clip. Sorry thats all the info I have :/