Happy St Michael’s Day from all of your UKCM Admin’s. 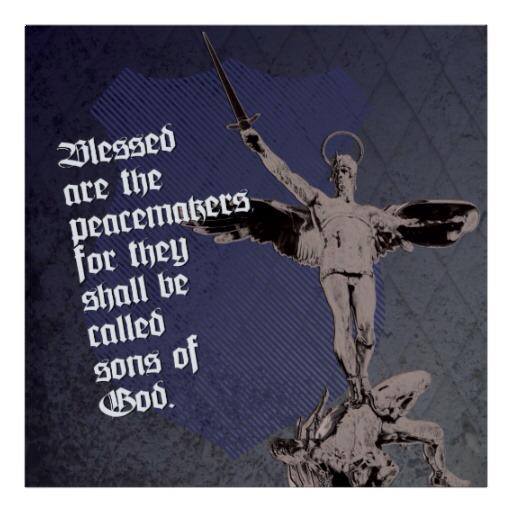 Seems a little fishy if you ask me… – AP

Police had to track down 48 tropical fish before they died after they were mistakenly removed from a train.

The fish were being taken to the University of Hull by post-graduate student Kai Winkelmann on Thursday.

He noticed the case with the fish was missing when he arrived at Doncaster to change trains and assumed they had been stolen.

British Transport Police officers located them in Peterborough and got them back to him within an hour.

Mr Winkelmann said the rare African fish, telmatochromis temporalis, would have died if they had not been found as quickly.

He said: “I had been studying these fish, which have been shown to be tremendously valuable for evolutionary biology, for over three years.

“The fish are tropical so if they stay at less than 23C to 29C for more than a few hours they wouldn’t survive so it was vital we tracked down the case.

“Within moments I saw several officers on the phone and like a miracle they found it at Peterborough with the fish still alive.”

Sgt Steve Down, from British Transport Police, said “The officers at Doncaster quickly realised the scale of the problem and called BTP and rail staff colleagues at Peterborough and Kings Cross, and the fish were quickly tracked down at Peterborough, still alive.

“We quickly made arrangements to have the fish put on the next northbound service to Doncaster where they were reunited with Mr Winkelmann who managed to continue on this journey without any further incidents.” 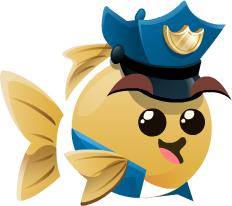 Happy Friday everyone! On a bit of a lighter note after a week of bad news lets have a question time. What is the best prank you have pulled or have pulled on your fellow officers? Remember anonymity where needed. Have a great weekend all and be safe – Admin DB 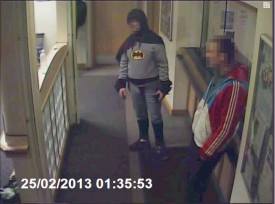 Welcome class. Today we learn how not to park.

What annoys you when on shift? – AP 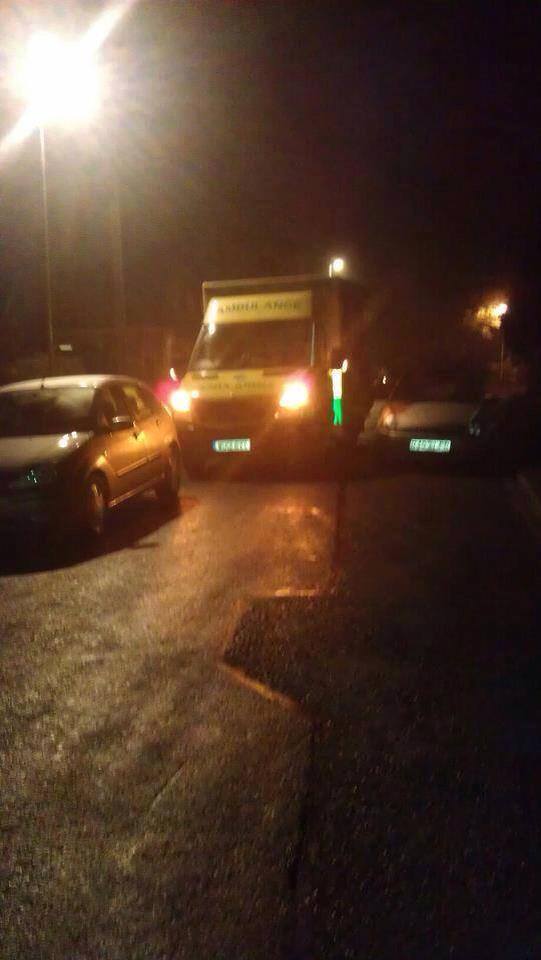 It is with great regret that I have to inform you that Pc Duncan died this morning. Another hero lost on the front line.
We’re sure that LOTS of you act up – well, have a read of this… Please don’t do it for free. It won’t do you any favours and will further erode your rights!

UK Cop Humour
www.facebook.com
We’re funny AND we educate you…!

Officers should now be aware that the Home Office has finally issued a new determination in relation to the PNB agreement on acting up and temporary promotion. The agreement at the PNB was actually made around 2009, the determination was actually written back in January 2012 but it seems there’s been some delay at the PNB again. It is, however, now in force and, therefore, claimable.

Therefore, if you act up, your qualifying period for claiming an acting up allowance is reduced from 14 days to 10 days. This is a cumulative total and does not need to be continuous. If you act up for 46 continuous days following the qualifying period, you must be temporarily promoted if required to continue to act up.

If you work a VSA, you will be able to claim an acting up allowance on an hourly basis rather than completed shifts.

The 46 day maximum period should only be breached if the officer is not qualified for promotion (therefore can not move up to temporary promotion) and/or during a rare occasion the Chief Constable is required to respond to ‘an overwhelming operational emergency that requires an immediate application’.

The main difference this makes, other than the shorter qualifying period, is that a temporary wage is pensionable whereas the acting up allowance isn’t so those required to act up for an extended period will now be able to access the substantive rank and pension provision.

ALSO – BACK CLAIMS SHOULD BE CONSIDERED…

The Fed will need to establish the legal position but, as the determination stated that it should take effect from 1st February 2012, there would appear to be a prima face case for claims dating back to that date. Contact your divisional rep and give them evidence of your claim with a request to seek further legal advice.

We’re not going to go into too many details, but I imagine that you’re all aware by now of a colleague who was mown down by a car this morning.

He is currently in hospital and it sounds like he’s in a bad way. Our thoughts are with him, his family and friends, and our colleagues who arrived on the scene.

It’s a harsh reminder that there is no such thing as a ‘routine’ call or traffic stop.

We ask you to join us in hoping and praying that he pulls through very soon.

Stay safe, and look after each other. 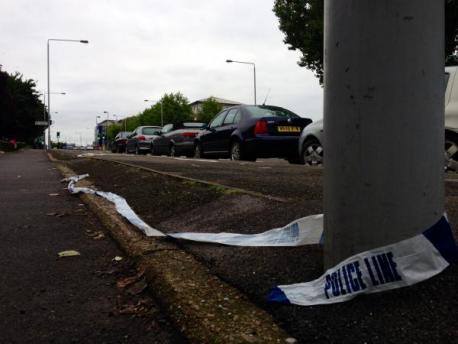 [From the BBC:] So – what do we think about this? As I read Know The Danger regularly – I wonder if this will push things past breaking point…?

A ban on smoking in all areas of jails in England and Wales is being considered by the Prison Service.

A pilot is expected to begin next year, with a ban likely by 2015.

It is thought the move is linked to potential legal action by staff and inmates who have suffered the effects of passive smoking.

Campaigners warn a ban would be difficult to implement and could have a destabilising effect, with an estimated 80% of prisoners thought to be smokers.

Smokers among the 84,000 inmates at prisons in England and Wales, where tobacco is used as currency on the wings, will be offered nicotine patches as a substitute.

‘Harmful effects’
A Prison Service spokesman said: “We are considering banning smoking across the prison estate and as part of this are looking at possible sites as early adopters.”

According to a report in the Times newspaper, prisons in south-west England, including Exeter and Eastwood Park Women’s jail, will be involved in the pilot in the spring.

Inmates are currently allowed to smoke in their cells but a ban would prohibit this and extend to all parts of a prison, including exercise yards.

Senior prison staff were said to have been informed of the move in a letter.

“There may well be good intentions behind this policy proposal but it will undoubtedly put a lot of pressure on jails. You will no doubt be aware that the decision has been made that the time is right for the prison estate to adopt a tobacco and smoke-free policy to provide a smoke-free workplace/environment for our staff and prisoners,” the letter, quoted in the Times, said.

The Prison Officers Association (POA) union began campaigning for a smoking ban in all UK prisons in 2007.

It had expressed concerns about staff and prisoners “forced to suffer the harmful effects of second-hand smoke”.

It came after smoking bans were introduced across the UK designed to protect people from the effects of second-hand smoke in workplaces and enclosed public places.

The bans did not apply to prisoners as their cells were defined as “domestic premises”, although non-smoking prisoners could not be made to share a cell with a smoker.

POA general secretary Steve Gillan told the Times the union would work with the Ministry of Justice to make sure a ban “works effectively”.

‘Pressure on jails’
He acknowledged it “could cause disturbances” but pointed out a ban had successfully been introduced in young offender institutions in England and Wales.

Andrew Neilson, from campaign charity the Howard League for Penal Reform, suggested a ban would be difficult to enforce.

He told the BBC: “Prisons are going through unprecedented budget cuts, prison resources, staff resources have been cut, there may well be good intentions behind this policy proposal, but it will undoubtedly put a lot of pressure on jails which are already pretty stretched.”

He added there could be a damaging effect in the short term on the mental health of prisoners “who are often very distressed”.

A ban on smoking in workplaces and enclosed public spaces came into effect in England in July 2007 following similar legislation in Scotland, Wales and Northern Ireland. 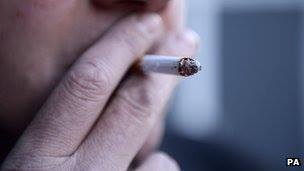 Hey don’t know if you do shoutouts for us fellow cops but if you can. I’m running the marathon next year again….yes once wasnt enough….haha I’m running on behalf of Mental Health Foundation which is a charity close to my heart. I know money is tight for all but everything counts and I want to raise awareness for the foundation. Thank you. www.virginmoneygiving.com/Mujdek 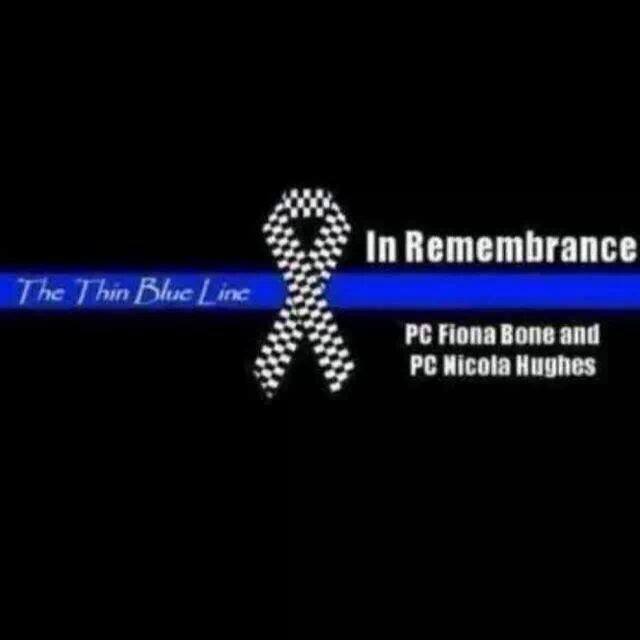